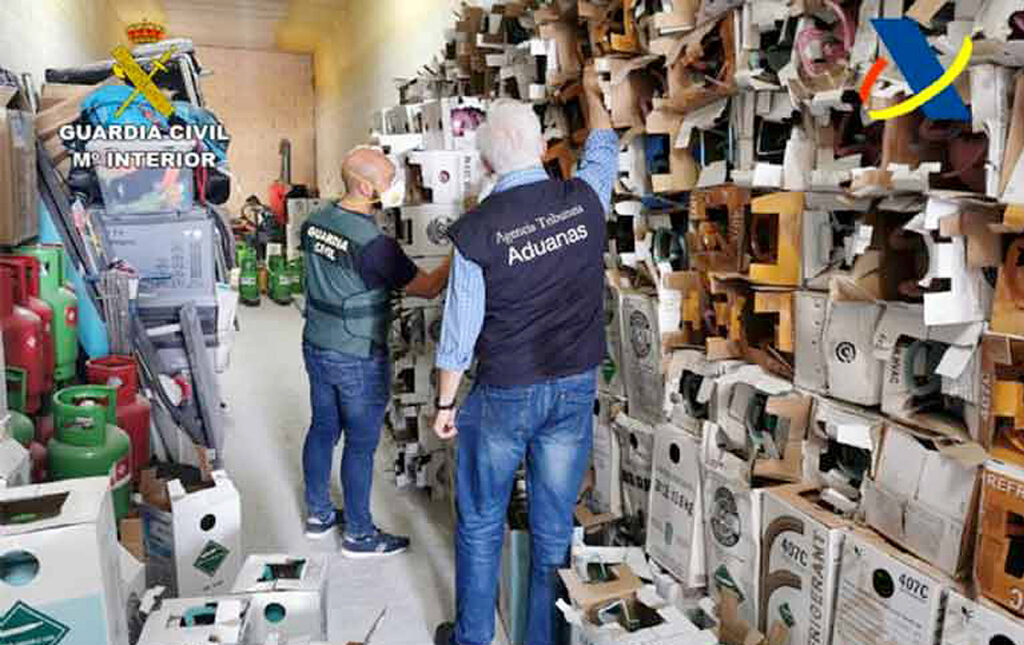 SPAIN: Three people have been arrested and five are under investigation following a raid on illegal refrigerant warehouses in Murcia and Granada.

In an operation, codenamed Fluoris, police and customs officials are reported to have seized 1,885 cylinders, totalling an estimated 19 tonnes of illegal refrigerants. In addition to HFCs, the haul included the banned ozone depleting refrigerant R22.

A swoop on a warehouse in the Granada municipality of Atarfe uncovered 996 disposable cylinders and various types of fluorinated gases. According to the investigation, the refrigerant was being transferred using a “non-approved compressor” to refillable cylinders. These gases were later supplied to customers with incorrect labelling.

The person suspected of being the head of the operation was arrested and a female worker in the warehouse is being investigated as to her involvement.

A subsequent raid on a maritime container in Alhama de Murcia uncovered a further 889 cylinders, thought to have originated from the Granada warehouse. With temperatures inside the container potentially reaching 40ºC in the summer, there were concerns for the safety of neighbouring properties.

This inspection led to the arrest of two people suspected of involvement. Significantly, four purchasers of the refrigerant are also under investigation. The suspects face a range of potential charges including smuggling, crimes against the public treasury, environmental crimes and fraud.